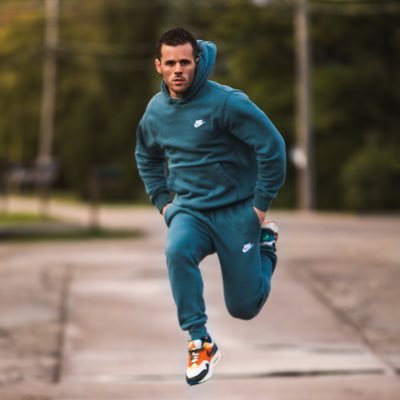 I met Daniel Labelle through his video “If people sprinted instead of walked“. Suddenly I shared with my running mates and started to follow Daniel’s Youtube channel. The explanation of the situation was extraordinary which was called “physical comedy” I learned later. The channel is one of the fastest-growing Youtube channels. Once videos were released, they got millions of views quickly. Although he has Tiktok (27.6M followers), Youtube (16.1M), and Instagram (2.8M) accounts, he did not create any personal Twitter page. Since I spent most of my social media time on Twitter, it would be great if I can watch the videos on the Twitter feed whenever he published them.

After a quick google search, I also realized nobody had created an account for this (maybe nobody has this much spare time :p). Anyways, this content really deserves to be on Twitter. I have created a fan page and started to copy videos to the Twitter account. But manually downloading/uploading the videos and continuously checking new videos’ releases were really time-consuming. I thought, why should a bot not do it instead of me?

The idea of creating a bot as simple as this,

Rather than using the Twitter and Youtube APIs directly, I preferred to use a wrapper library to make it simple. Because my plan was to complete such work in almost one hour. I preferred to use Tweepy, Scrapetube, and Pytube (all of them are in Python programming language that’s why I have implemented the bot in Python)

The most difficult part was getting access keys from Twitter. Twitter requires explanations of your purpose for asking API keys. At first, I did not tell them in detail, and it was refused. Then I gave more information about the data collection and processing steps. Then, the request was accepted. To pass this step once, you must be explanatory.

The implemented algorithm has a few rows. Most of the low-level processes dealt with the APIs. Comments on the code explain what it does.

After testing the code locally, I pulled my repo to the AWS machine and created a cronjob that runs the script every hour.

Actually, scrapping the data from YouTube to Twitter is not a challenging task. But it is exciting to make manual operations automated. Now Daniel’s fan page is running itself. It has almost 1,000 followers. And now I can watch videos on Twitter shared by a bot that is created by me 🙂

Recently, Daniel sent me a Direct Message in which he asked to remove one of his videos. Because -most probably-, he changed his mind and removed his last video from social media accounts. But the bot copied the data to Twitter faster than Danielle’s removal operation 🙂

The implementation procedure was fun for me. I have abstracted the code that can be used for any Youtube & Twitter channels. You can find the links below.